DC Comics recently commissioned . . . unusual . . . artwork of superheroine Wonder Woman for a comic book cover. People have reacted to it and many do not like it. No one should be upset with it, though. Instead, people should view it as the latest example of mainstream comic book publishers encouraging readers to switch to supporting independent comic book creators.

Like every other major cultural institution, progressives control mainstream comic book publishers. And they are using comics to push an agenda. It’s not a new trend either; it’s been going on for decades. Readers have complained about it but the publishers have made it clear that they are not going to stop. And that’s okay. Comic book readers should quietly say adieu and move on to supporting independent comic book creators and publishers. (RELATED: WATCH: Billy Tucci’s ‘Miss Fury’ Graphic Novel Crowdfunding Campaign)

Peregrine: Wings of the Falcon is a crowdfunded comic book. I am not associated with it in any way. And I’ve no idea if it’s good or not. You can check it out and decide for yourself if it’s something you might like. But when you compare its artwork to DC’s recent Wonder Woman artwork, you can see that there’s a massive difference in aesthetics. 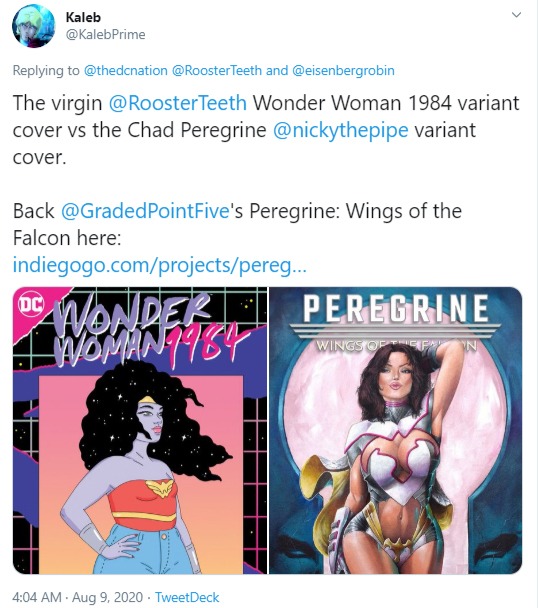 I’ve done my fair share of cultural criticism throughout the years. But I’ve lost interest in it—criticism, that is, not culture. That’s why I switched to writing fiction. It’s much more fun and productive. And it also means that I don’t care when mainstream entertainment produces its latest nonsense. In fact, I view the nonsense as something positive for me. Each time mainstream entertainment alienates its audience, more people become more likely to search out creators like me. 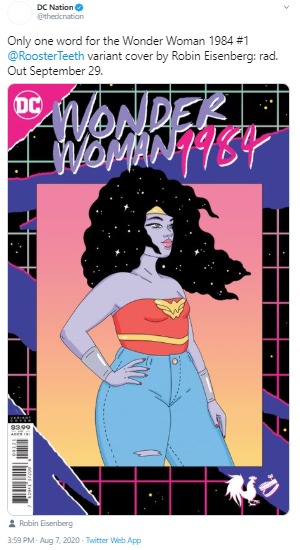 I’d encourage everyone else to think similarly. There’s no reason for comic book fans to be upset with DC Comics and its unusual depiction of Wonder Woman. Instead, they should take it as another sign that it’s time to move on—time to move on to independent comic book creators who are producing art and stories that are better than what mainstream comic book publishers are producing.