Sidney Powell: ‘It Will Be Epic’ (We’re Cool with That)

Sidney Powell: ‘It Will Be Epic’ (We’re Cool with That)

Everyone is all a-flutter with anything that has to do with Sidney Powell. “Ohhhh, did you hear? She’s not on Trump’s legal team anymore? Ohhhh, she said she was going to have proof, but she hasn’t shown any! Ohhhh, did you see her on Tucker Carlson’s show? Ohhhh, this is embarrassing!”

Guess what? I give zero shits. Here’s what I know: I don’t know!

I’m not a lawyer. I’m not a software engineer. I’m not getting called into Oval Office meetings…ever. (That last one is kind of sad.) My point it this: Relax. The nail-biting and conjecture doesn’t help anyone. Nor does it change ANYTHING!

Here’s what we can rely on: Sidney Powell is an attorney. She’s been in the legal trenches for a long time. Sidney has been around the block and isn’t afraid to take on some seriously high profile cases. Most recently the General Flynn case. Oddly enough she made claims about the Deep State trying to frame Flynn and guess what? That’s kinda how it turned out. (RELATED: #251: We Have Zero Shame. Got a Kraken? Release it!)

She can either prove her case or she can’t. It’s that easy. I know it’s not emotionally fulfilling right now but what can ya do?

I would also add this. When a lawyer such as Sidney Powell says stuff like she’s going to “release the Kraken” and “it will be epic,” I’m inclined to believe her and I’m very much looking forward to hearing more about the charges.

So there ya have it. A seasoned lawyer is making some serious allegations. All the hand wringing and attempts at mind reading are pure crap. We shall all see what will happen in due time.

For more about Sidney’s latest? Here’s a link. 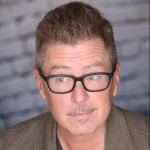 2 comments on “Sidney Powell: ‘It Will Be Epic’ (We’re Cool with That)”