‘Offworlder’ by Mike Baron & Jordi Armengol Is ‘Highlander in Space’

Fanatic Comics is running a crowdfunding campaign for Offworlder, a comic book described as “Highlander in space.” Mike Baron is attached as the author and Jordi Armengol is doing the artwork. And there might be more Offworlder to come if this comic reaches its goal and goes to print. The crowdfunding campaign page lists it as being “issue 1” of Offworlder.

Gunn and his men are saved by the fortuitous approach of Princess Sa’ Ra of Alexandria. Sa’ Ra has been sent on a mission to find a champion. One that she believes will aid her in her time of need. But the “Gods” have an even greater need for this man, Henry Gunn! And if he chooses to ally himself with Sa’ Ra and these “Gods”, He will be forever changed!

According to the campaign page, “[T]he script for OFFWORLDER is written. All 25 pages are penciled and inked. 8 pages have already been lettered and colored. This makes OFFWORLDER 77% complete overall!” And “[a]ll that’s left is 18 pages to color and letter. So once the book is funded that will be finished and the book will go to print.” (RELATED: Mike Baron Is Writing a Ton of Fiction) 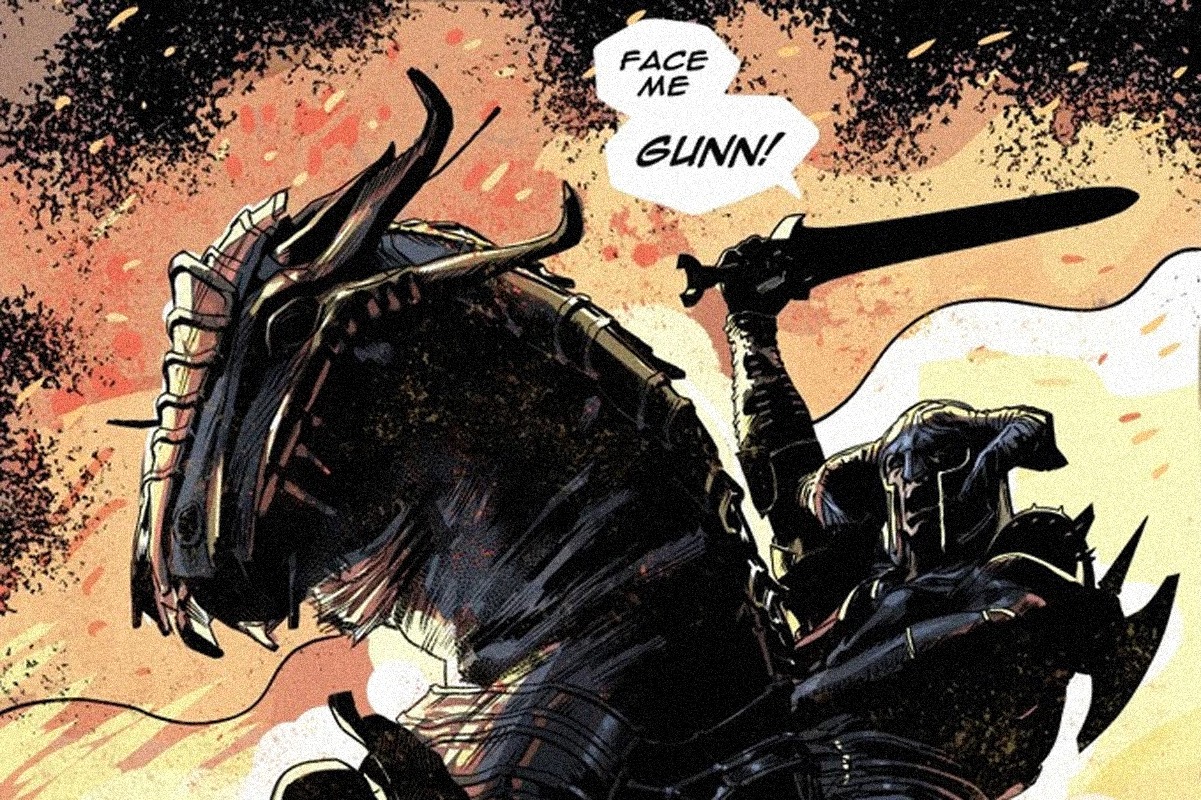 Head over to the campaign page for additional details on the project, others who are working on it, more on the “Risks and challenges” involved with it, expected fulfillment date if the project reaches its funding goal, and (of course) to back the comic book if Offworlder looks like something you want to read.

Both images excerpts of artwork from Offworlder Kickstarter page.

Paul Hair is an author and national security expert. He writes fiction and nonfiction under his own name and as a ghostwriter. His fascinating books are available at his Amazon Author Page. Help support him by purchasing one or more of his titles. https://www.amazon.com/Paul-Hair/e/B0034OTU50/